At Allesley Hall we have an enthusiastic school council made up of 2 members from year two to year six, who take an active role in school life.

Every September a new school council is elected consisting of students from each year group who apply to take on the role, most prepare their own election speeches. Every class then holds an election to decide who will represent them for the school year. 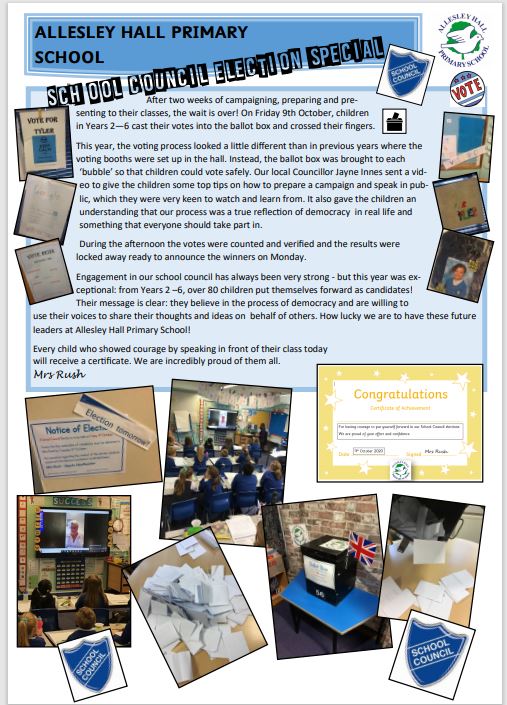 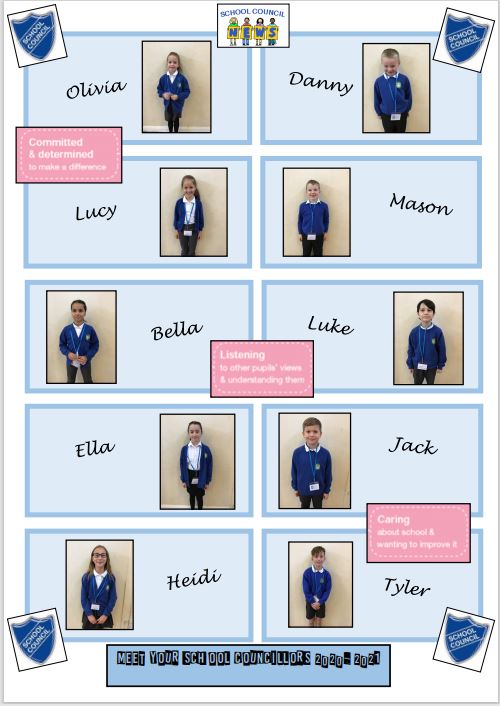 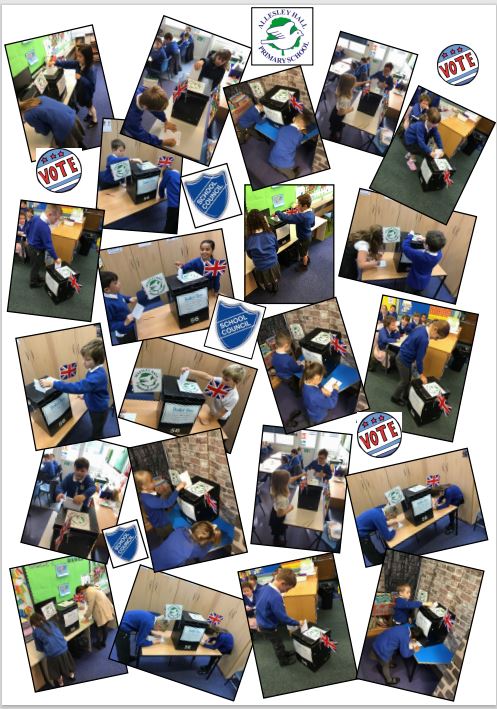 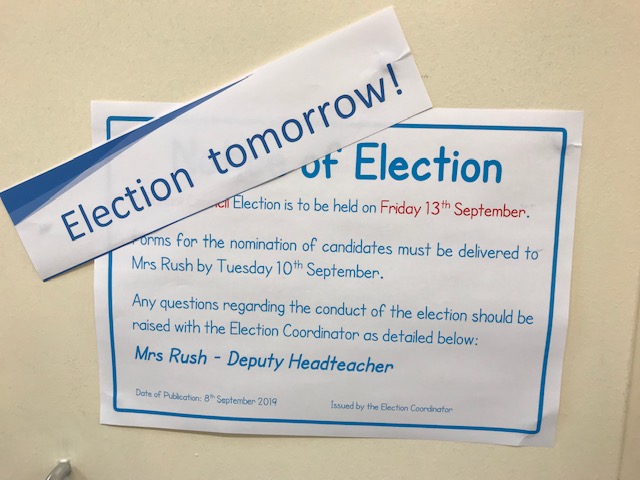 The whole school then takes part in the election process by placing their vote into the ballot box when they go to the polling station which is set up in our school hall. 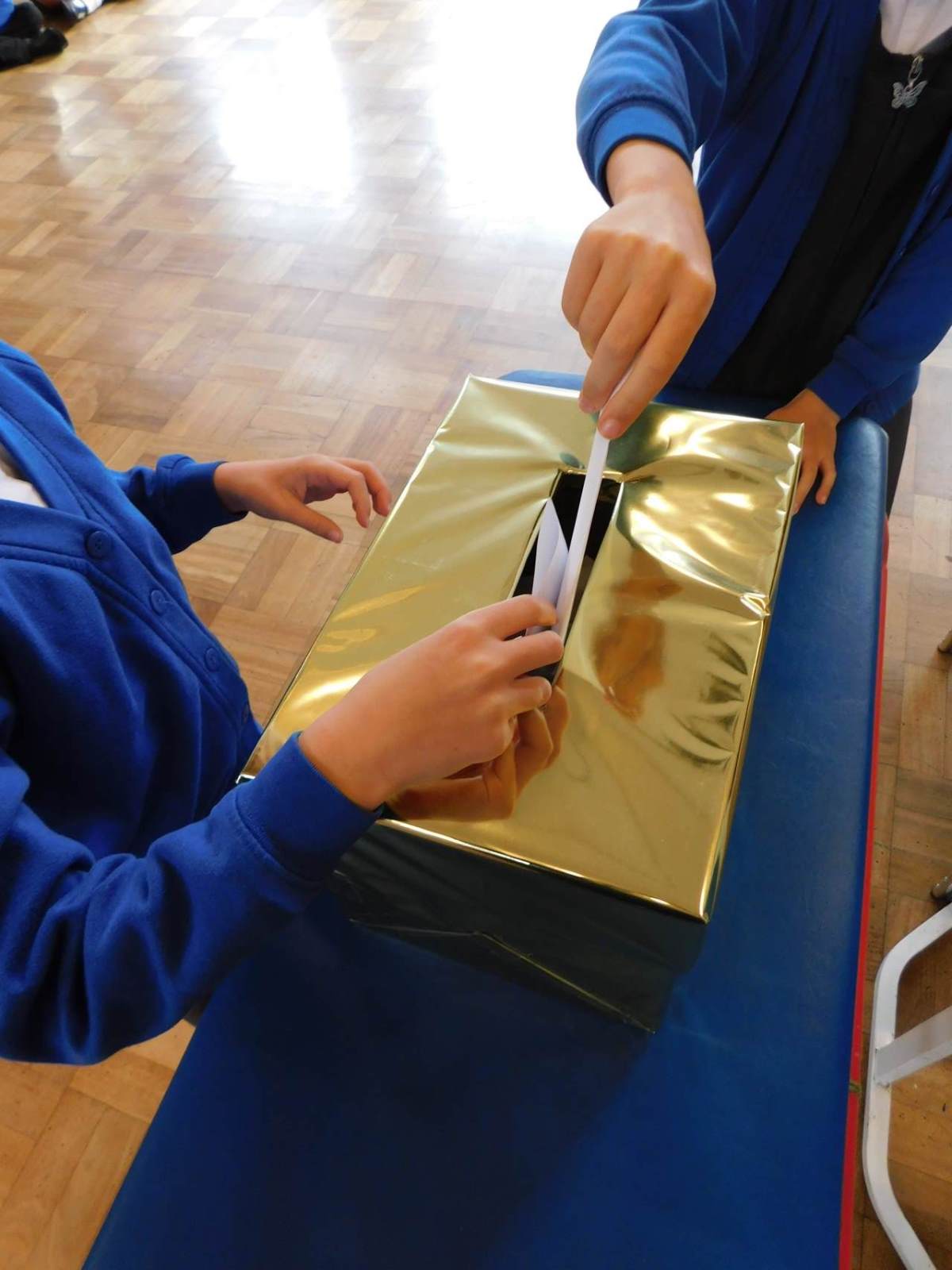 Our children were supported in this process by our local Councillors, Councillor Jayne Innes and Councillor Perves Akhtar. The Councillors came into our school to explain the democratic process of voting to the school. They showed the children a real ballot box that is used in the local elections. 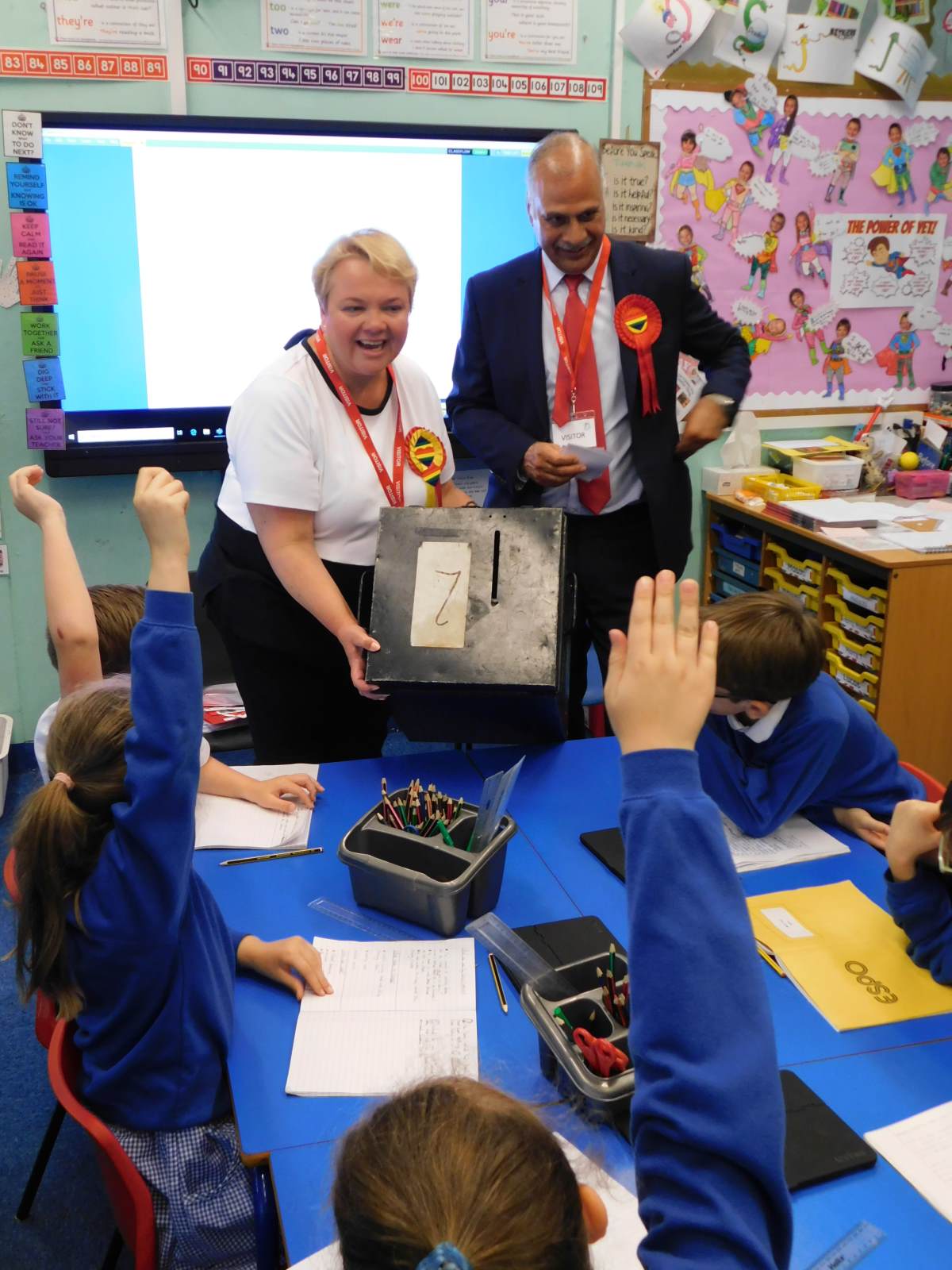 What does a school councillor do?

Last year our school council visited the council house and met the lord mayor. She talked to them about how the local council works and her role within the council and within Coventry City. 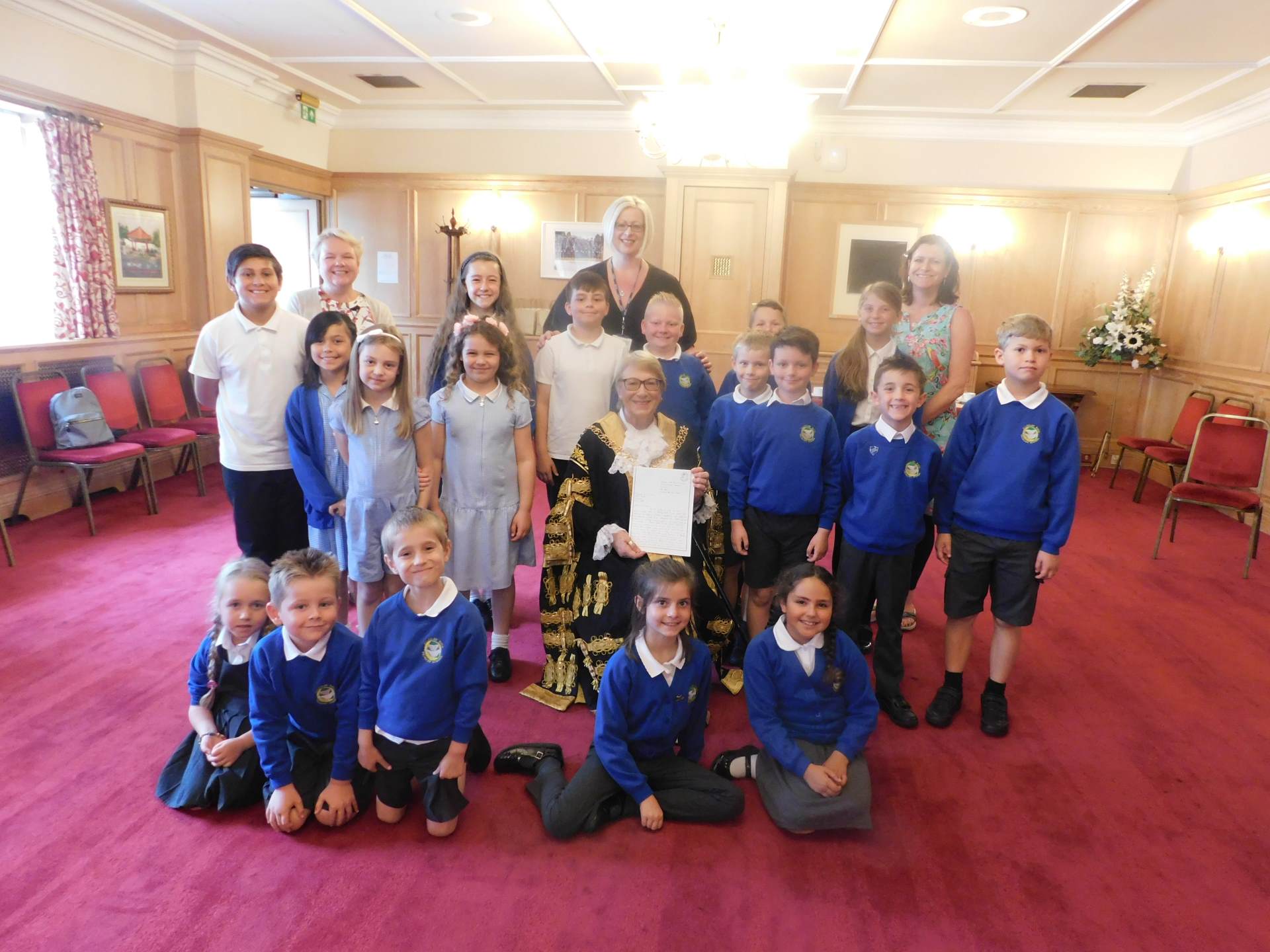 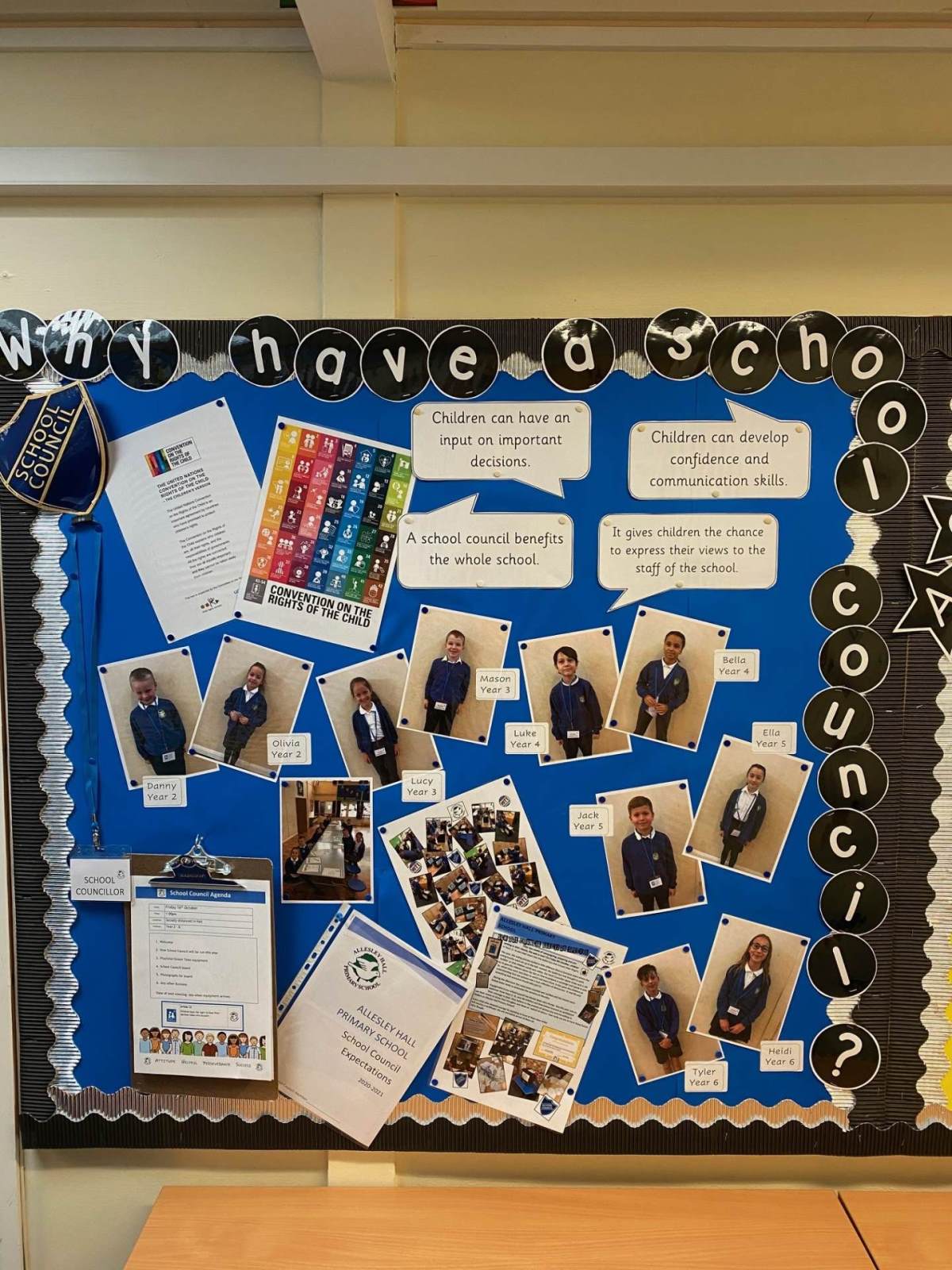